Showing posts from February, 2013
Show all

February Lust: What is a Fetish? 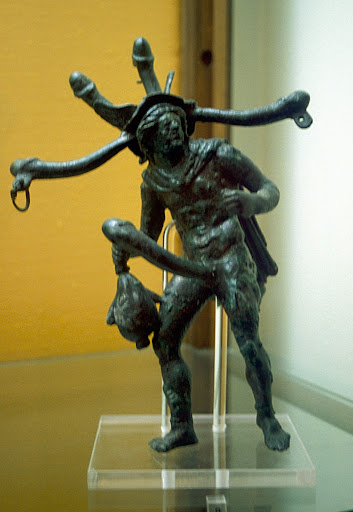 Let finish this month with fetishes. But...What is a fetish? According Merriam Webster: fetish is
1:  an object (as a small stone carving of an animal) believed to have magical power to protect or aid its owner; broadly:  a material object regarded with superstitious or extravagant trust or reverence. The Romans used to decorate their homes with phallus to ward off the evil eye and other malevolent influences.


2:  an object of irrational reverence or obsessive devotion: prepossession

3:  an object or bodily part whose real or fantasized presence is psychologically necessary for sexual gratification and that is an object of fixation to the extent that it may interfere with complete sexual expression.
The third definition has example on the below

Here a list of SOME of the fetishes I have heard and tried.
Muscle Men 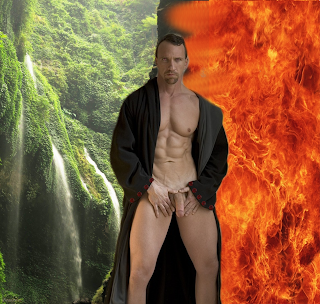 Pluto God of Wealth God of the Dead Ruler of the Underworld Chief Judge of the Underworld
Pluto was the Roman Lord of the Underworld and the Chief Judge of the Dead. Pluto is the Roman form of Hades. As Pluto, he becomes more disciplined, militaristic, and warlike. While the Greeks feared him as the Lord of the Underworld, the Romans respected him as the God of Wealth.
The Dis Pater was only a translation of Plouton (Pluto) is Giver of Wealth or Rich Father. The name was understood as referring to "the boundless riches of the earth, both the crops on its surface (seeds of the crops)—he was originally a god of the land—and the mines hidden within it. As the God of Wealth; he is the giver of gold, silver, and other subterranean substances. Because these "gifts" were mined, Pluto became recognized as the God of the physical and spiritual underworld and thus death.
He is usually represented in an ebony chariot, drawn by his four black horses, Orphnaeus, Aethon, Nycteus, a…
Post a Comment
Please read more » 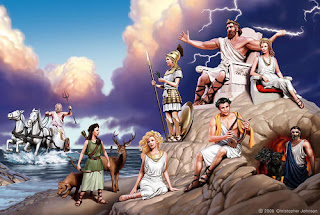 If you had family drama; yours don't compare with Olympians. They were the first soap opera drama. As gods, the Olympians, and in particular the twelve council members have extremely diverse personality traits that match with the realms and /or concepts that they represent. For instance, Zeus is typically stern, to the point, often abrupt, and authoritative, which coincides with his being the Ruler of the Sky and the Gods. His sister, Demeter, on the other hand is shown to have a motherly, picky, overbearing demeanor with an excessive obsession with her daughter, agriculture and related products. Hades can be bitter and resentful or calm and serene, which many humans typically view as an attitude appropriate to the dead. The twelve main Olympians do share several traits however. The first and most important is that they are all easily offended. Almost all of the gods that so much as sense a slight against them tend to react threateningly. Each Olympian is also to some degree unc…
1 comment
Please read more »
More posts

Welcome to Myths and Legends!!!

A myth is ancient story: a traditional story about heroes or supernatural beings, often attempting to explain the origins of natural phenomena or aspects of human behavior.

Any myths or legends from ancient time to present day you want to know email me at geminijuly@gmail.com

Hope you enjoyed your visit!

I support the fight against AIDS